Please Note: – This is the Current Month’s Video-of-the-Month (VOM).

All VOM links in Current and Past CorelDRAW Help Magazine Issues – Link to this page.

Click Here if you are in search of a previous month’s Video-of-the-Month.

A complete Video-of-the-Month Archive is available to Premium Members. 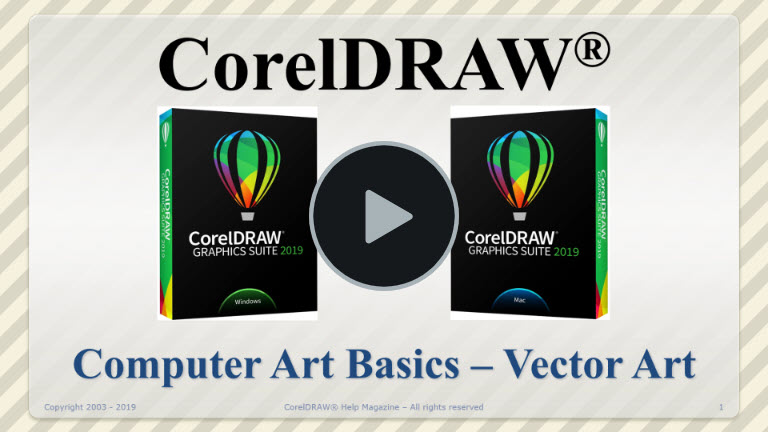 Below is an article which accompanies the Video.

To see the full article, click on the Learn More Button.

This year, we’ve decided to go back to update the basics in teaching CorelDRAW.

The following is an outline of what we intend to cover, using the latest versions of CorelDRAW:

How Graphic Images are stored and manipulated by a computer is divided into Two Major Categories… Bitmap and Vector. Bitmaps can also be referred to as…Raster, Picture or Photos and vector art is sometimes referred to as Line Art.

Some of the Common Bitmap File Types Include:

We covered Bitmap art in some detail last time.

This time we’ll look at vector art in CorelDRAW.

Vector Art consists of objects described by mathematical formulas. Some of those objects include:

All of that said, vector art is best for everything except photos.

The Anatomy of Vector Art in CorelDRAW

Vector art consists of a series of points, called nodes. Nodes are ordered, that is they are in sequence. Nodes are connected by lines and arcs described by mathematical formulas. These lines and arcs are called Bezier Curves.

The connecting lines and arcs are sometimes referred to as Lines, sometimes as curves, even if they are straight lines. They are most accurately described as Paths, paths between node points. See picture 1 for the Anatomy of a Bezier Curve.

The simplest way to think of a vector drawing is that it’s like a child’s connect-the-dot drawing. There are a series of numbered points connected by lines and arcs.

Scaling Vector Art Up and Down in Size

Scaling vector art up and down in size is simple. Scaling up is accomplished by simply spreading the node points apart. To reduce the size of the image, the node points are merely brought closer together. See picture 2. 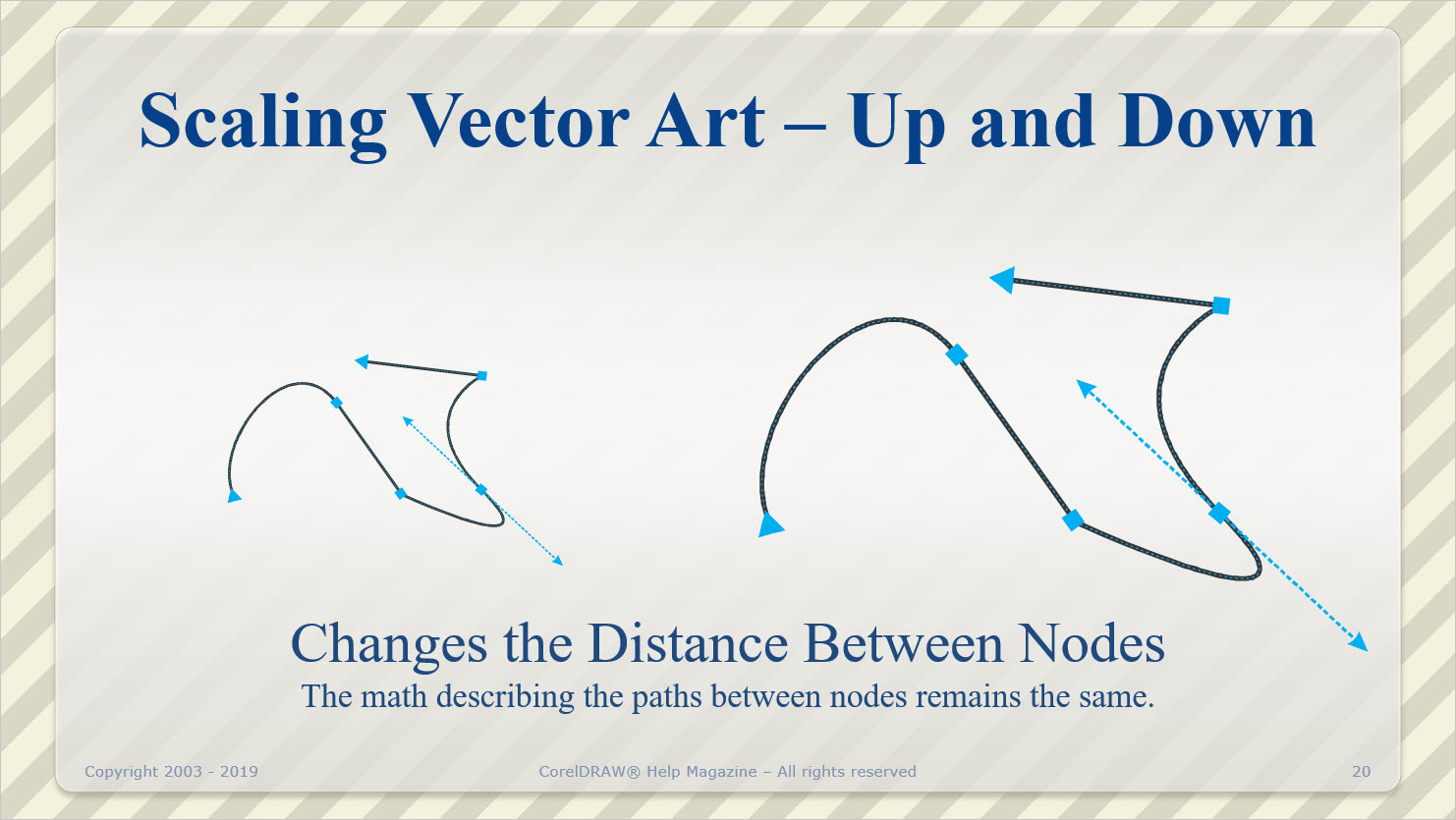 The only caution is when shrinking the size of a vector image, it’s important to the make sure nodes don’t overlap one another. If that happens the paths between nodes can become distorted.

Many graphic-product layouts will include both bitmaps (pictures) and vectors (text and other elements). Understanding how these file types work will make your job easier.