The Making Money with CorelDRAW Roadshow...Laser Engraving
(Click an image to enlarge.) 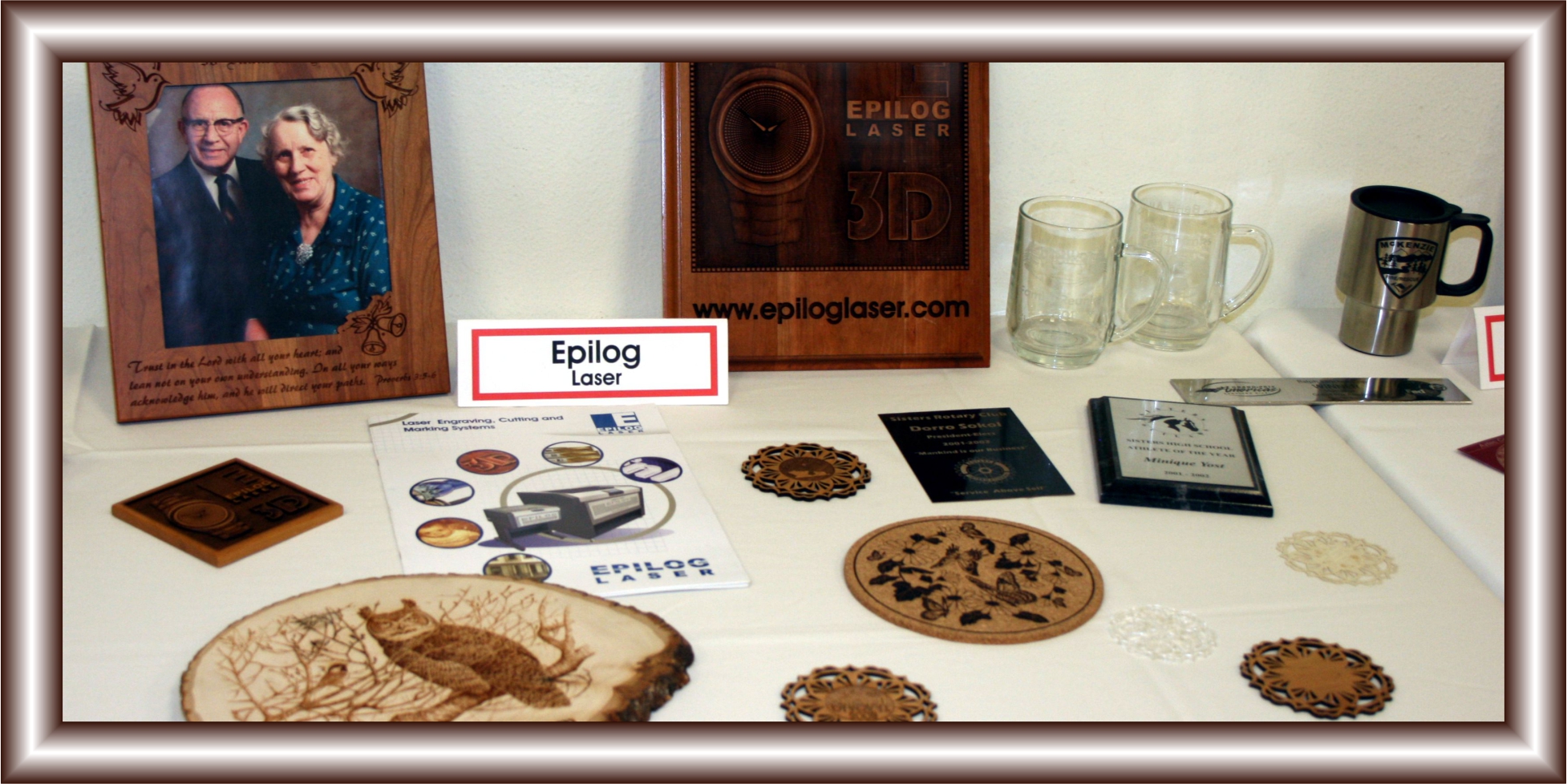 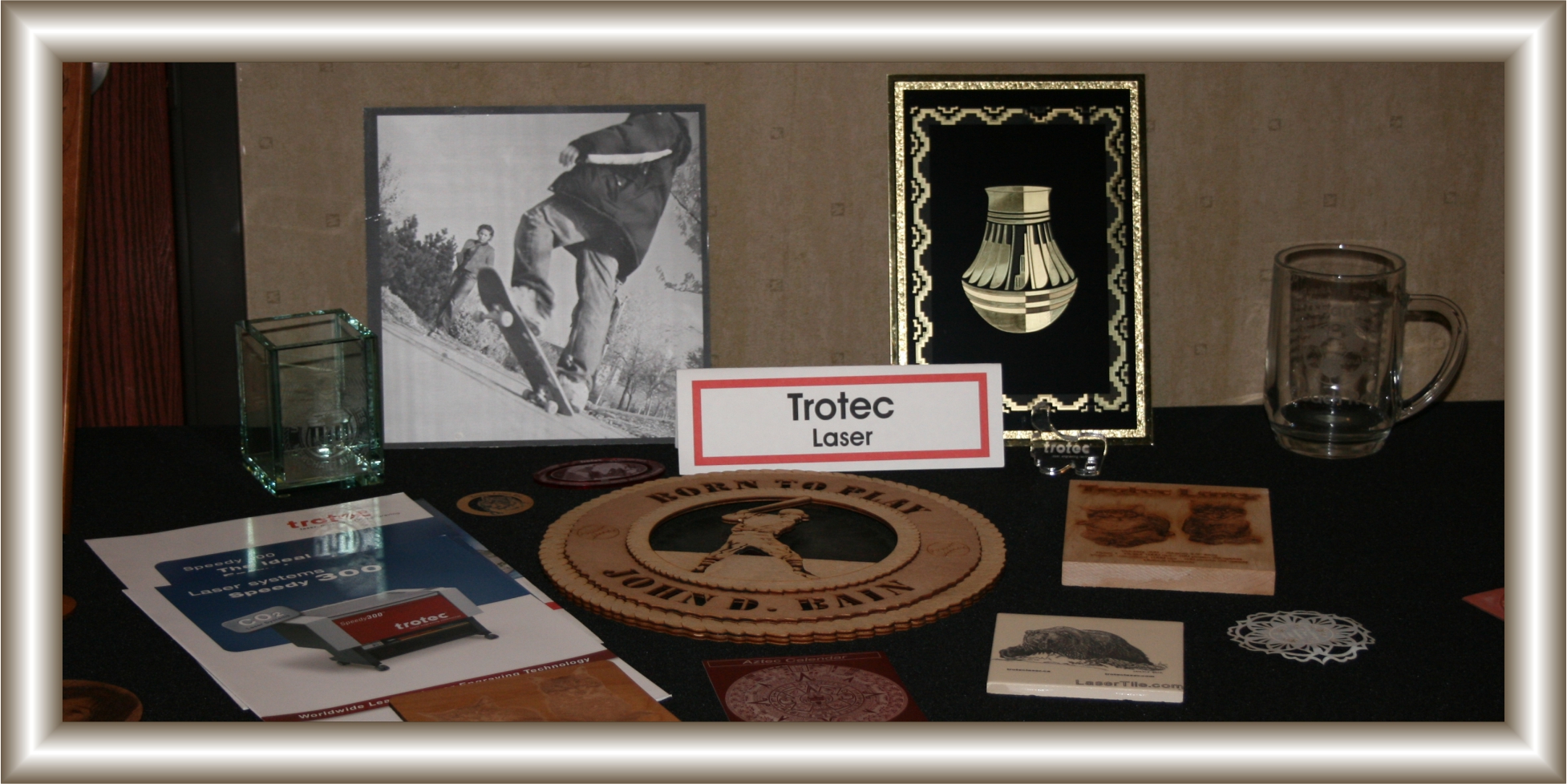 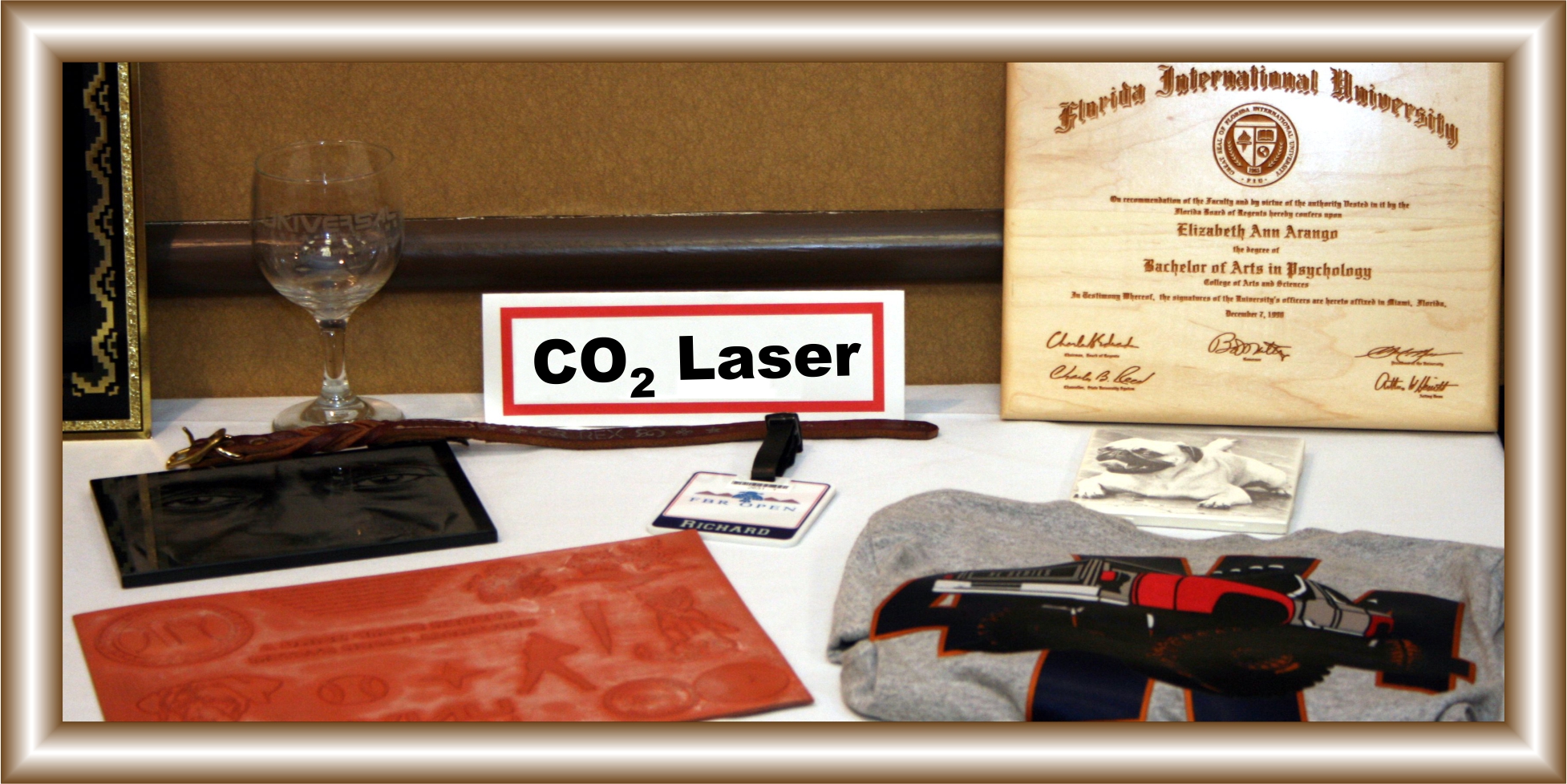 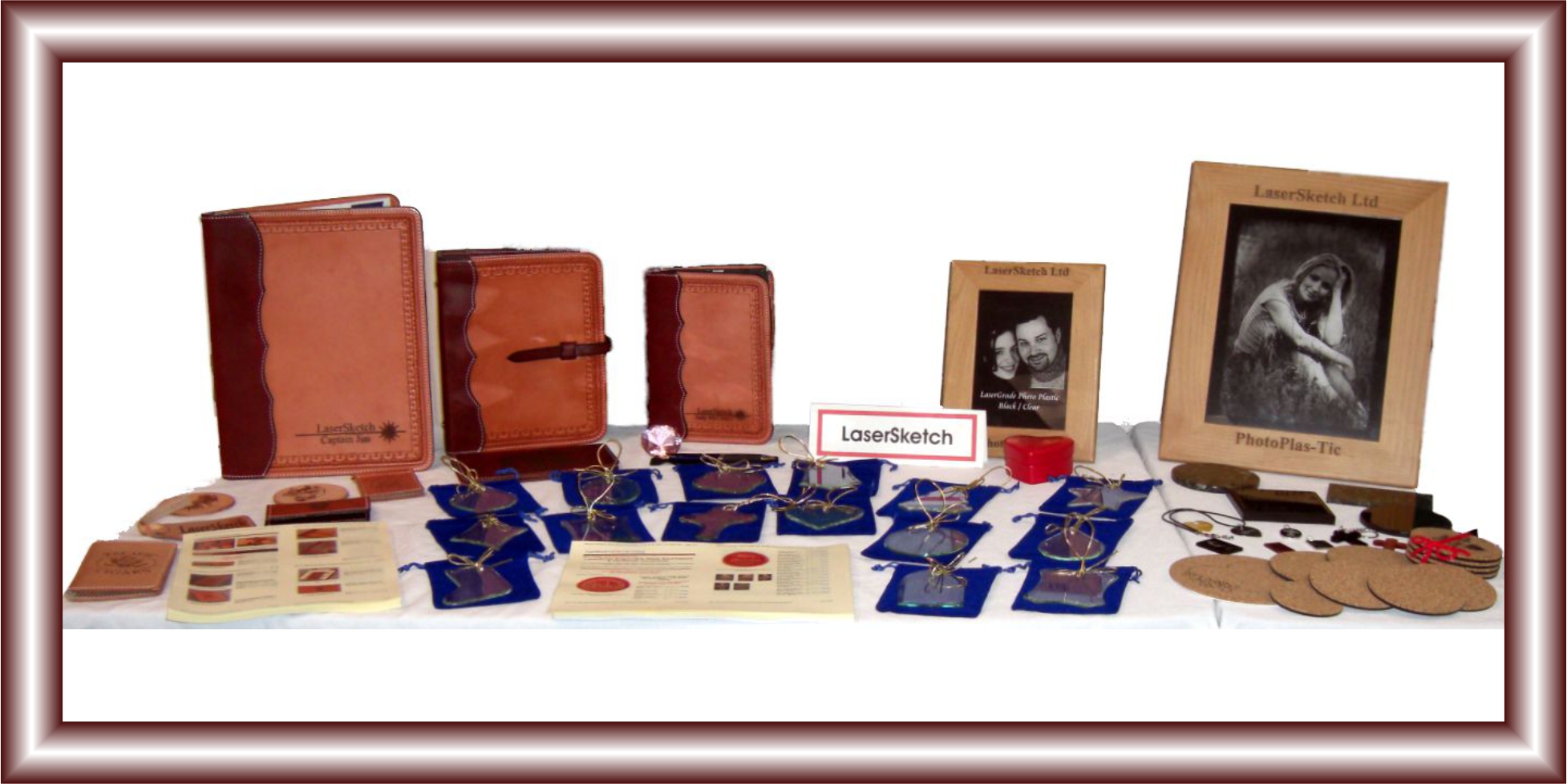 What is Laser Engraving? (Questions you might not know to ask.)

The word Laser is actually an acronym for Light Amplification by Stimulated Emission of Radiation. Lasers are devices that amplify light and produce coherent light beams, ranging from infrared to ultraviolet. Laser light can be made extremely intense, highly directional, and very pure in color.

How does a Laser engrave?

Essentially Lasers engrave by focusing energy on a single point.  That point in turn reacts to the concentrated energy in different ways depending on the material and the frequency of the laser’s light.

A simple way to think of engraving with a laser is that it’s like using a magnifying glass and concentrating the sun’s energy at a single point.  We use to have great fun with that when we were kids.  This focused energy causes the surface to heat and leaves a visible effect.

How the energy interacts with the surface of the material varies with the type of laser i.e. wavelength of the light, and the material with which it’s interacting.  For example, with CO2 lasers some materials like wood react by vaporizing.  Others like glass or stone are fractured, which gives the engraving a frosted look similar to sandblasting.

Vaporizing the surface means if you apply more power, or engrave over an area more than once you will remove more material and, in theory, engrave deeper.  The danger in applying to much energy at one time is that you might ignite the material or char the surface producing an undesirable effect.

For surfaces like glass that are fractured, material is not removed.  Therefore, additional power or multiple engravings won’t make the engraving deeper.  In fact, with these types of surfaces what typically happens is that the fracturing takes on a different look, most often from what we’ve seen, a less desirable look.

There are several different types of lasers in use today.  They include solid-state, gas, semiconductor, liquid, and free electron.  However for industrial or engraving purposes there are several choices including CO2; Solid State Pulsed Ytterbium (Yb) Fiber Laser; and Nd:YAG, usually shortened to just YAG

The most common type of laser used in the engraving industry is the CO2 laser in power ranges between 10 and 120 watts.  Carbon dioxide lasers are very efficient, and consequently they are the most powerful continuous wave (CW) lasers, although they can be pulsed.  In fact pulsing the laser is how power is varied.

CO2 lasers used in our industry can also cut organic materials like wood, acrylics, and some other plastics.  They won’t, however, cut materials like glass or stone where the engraving effect is limited to fracturing the surface.

Metals, on the other hand, are more reflective of 10 micron light.  So in the powers we have available in the engraving industry, CO2 lasers don’t work well on untreated metals.  Metals must be anodized, painted or treated with special coatings for CO2 lasers to mark them effectively.

This doesn’t mean that CO2 lasers aren’t used on metal.  Large CO2 lasers are used in the metalworking industry and may have continuous outputs of up to 30 kW or more.  In fact, one of the largest known lasers for industrial use produces 120 kW continuous wave output for up to 1 hour at a time.  It's located at the San Francisco Naval Shipyard and is used for welding ship hulls. This monster (about the size of a 3 bedroom house) is capable of doing a full-penetration weld 12" deep at 100 IPM.  (It’s amazing what you can learn on the internet.)

YAG's are solid-state lasers that use the element Neodymium (the Nd) diffused in a crystal of Yttrium-Aluminum-Garnet (YAG) as the lasing medium.  They emit at a wavelength of 1.06 microns (near-infrared, just below visible red).

A more recent entry into the engraving market is the Fiber Laser.  These machines are less expensive than YAG lasers.  Like a YAG, they also emit light at a wavelength of 1062 nm, i.e. 1.06 microns, so they can mark the same materials.  They also share the same limitations in that they cannot engrave or cut most natural materials.

That said, they are increasing in popularity because of the growing demand for metal marking.

The products that can be produced with a laser depends on the type of laser you choose, CO2 or Fiber.  The accompanying product photos are labeled by laser type.

Note—some of the metal items that were engraved using a CO2 laser were pretreated with a special coating.

Over the past 20 years laser engraving has become the standard method for creating a variety of items in the graphic products industry.

CO2 lasers were introduced in the late 80’s and early 90’s.  They now enjoy the lion’s share of the engraving market.  Fiber lasers have been introduced more recently and are gaining market share.

Pictured Below are Some of the Products you can create with a Laser Engraver...
Click on any Image to Enlarge... 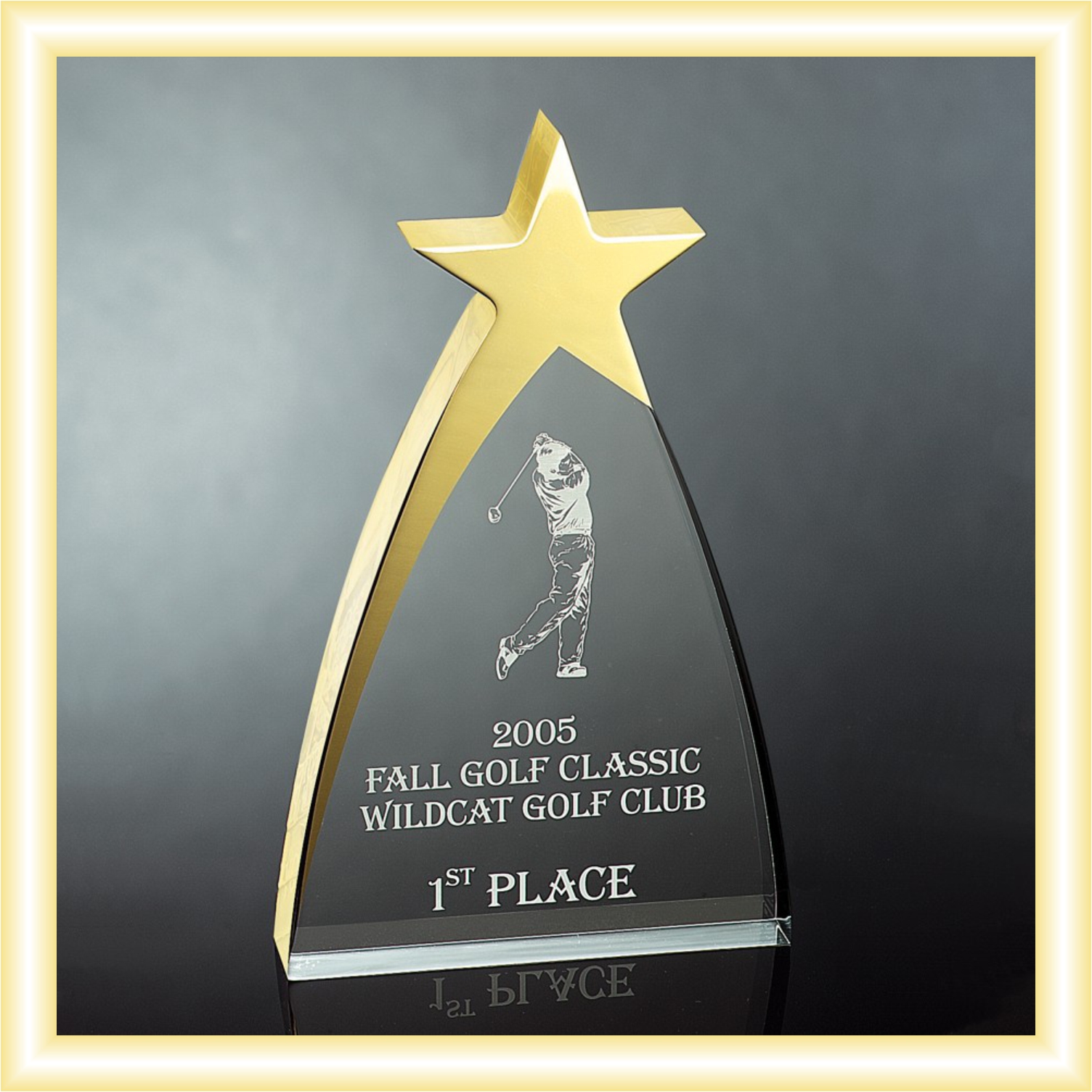 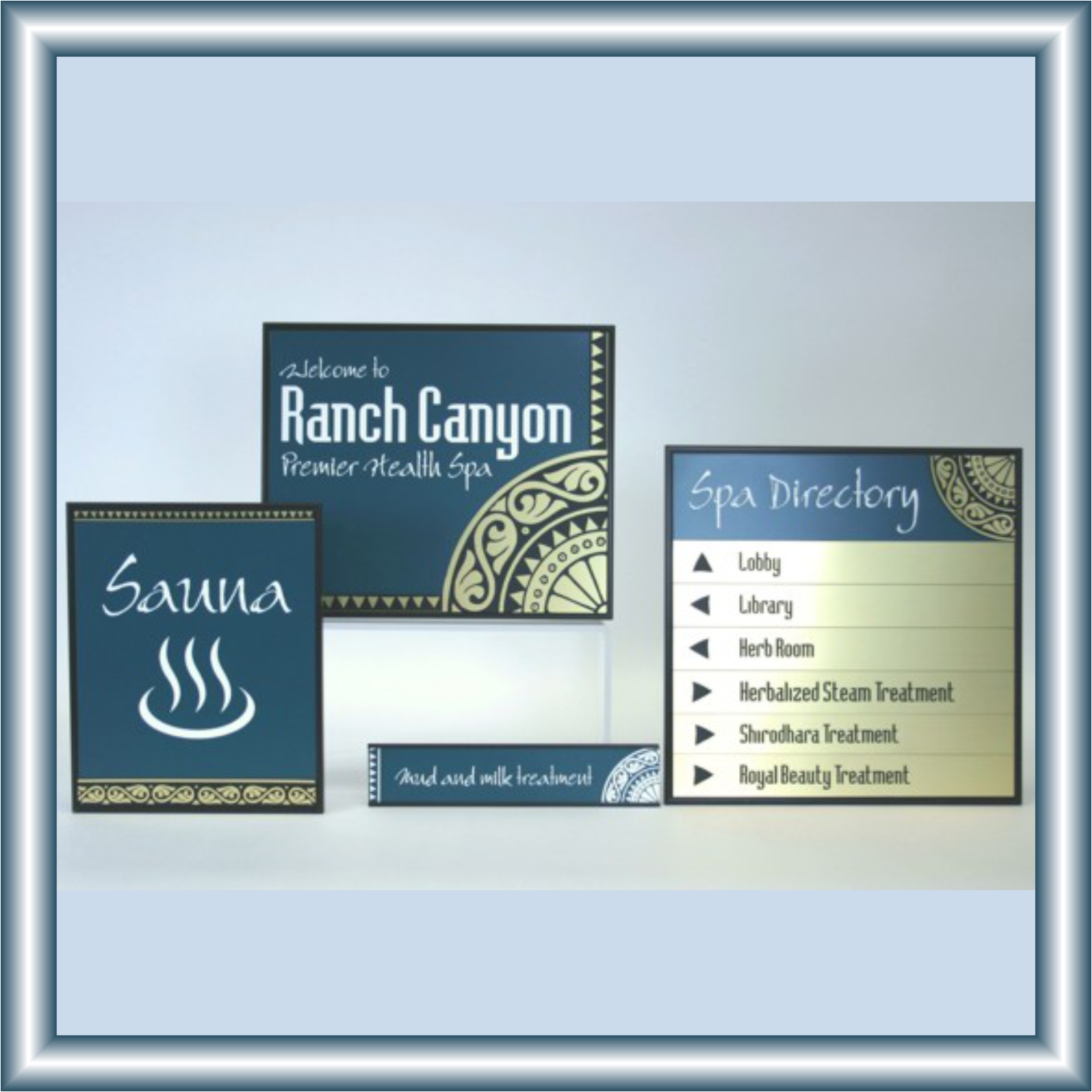 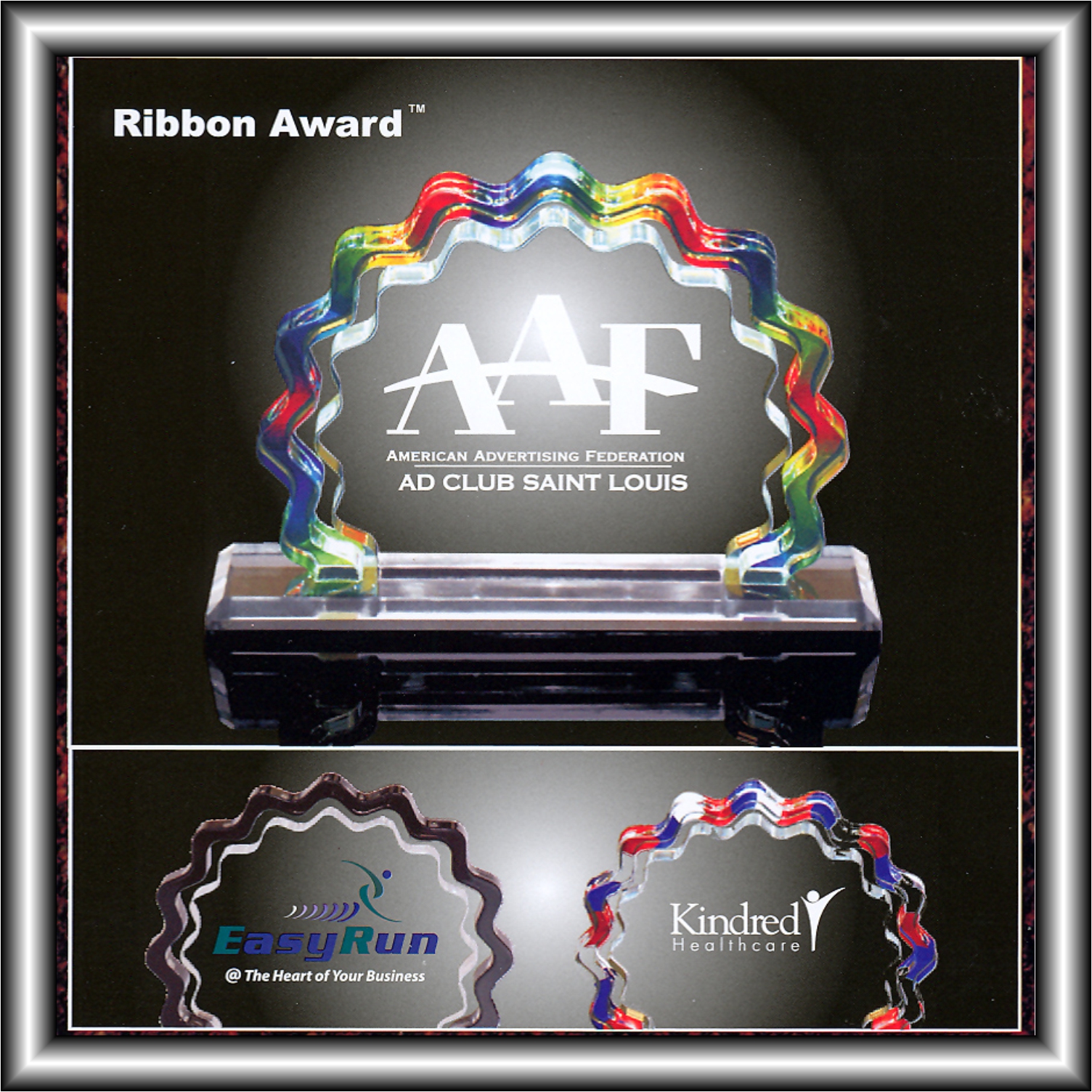 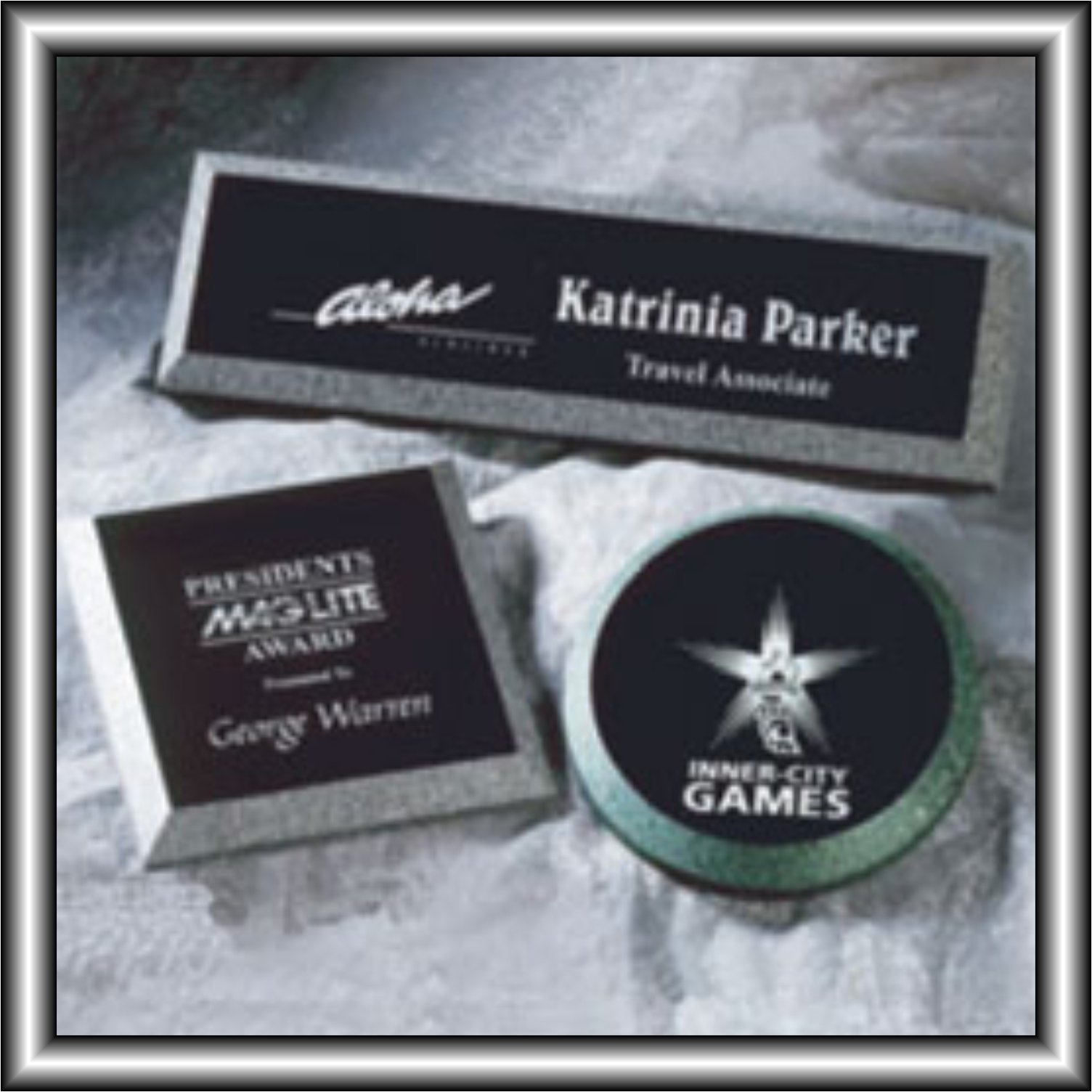 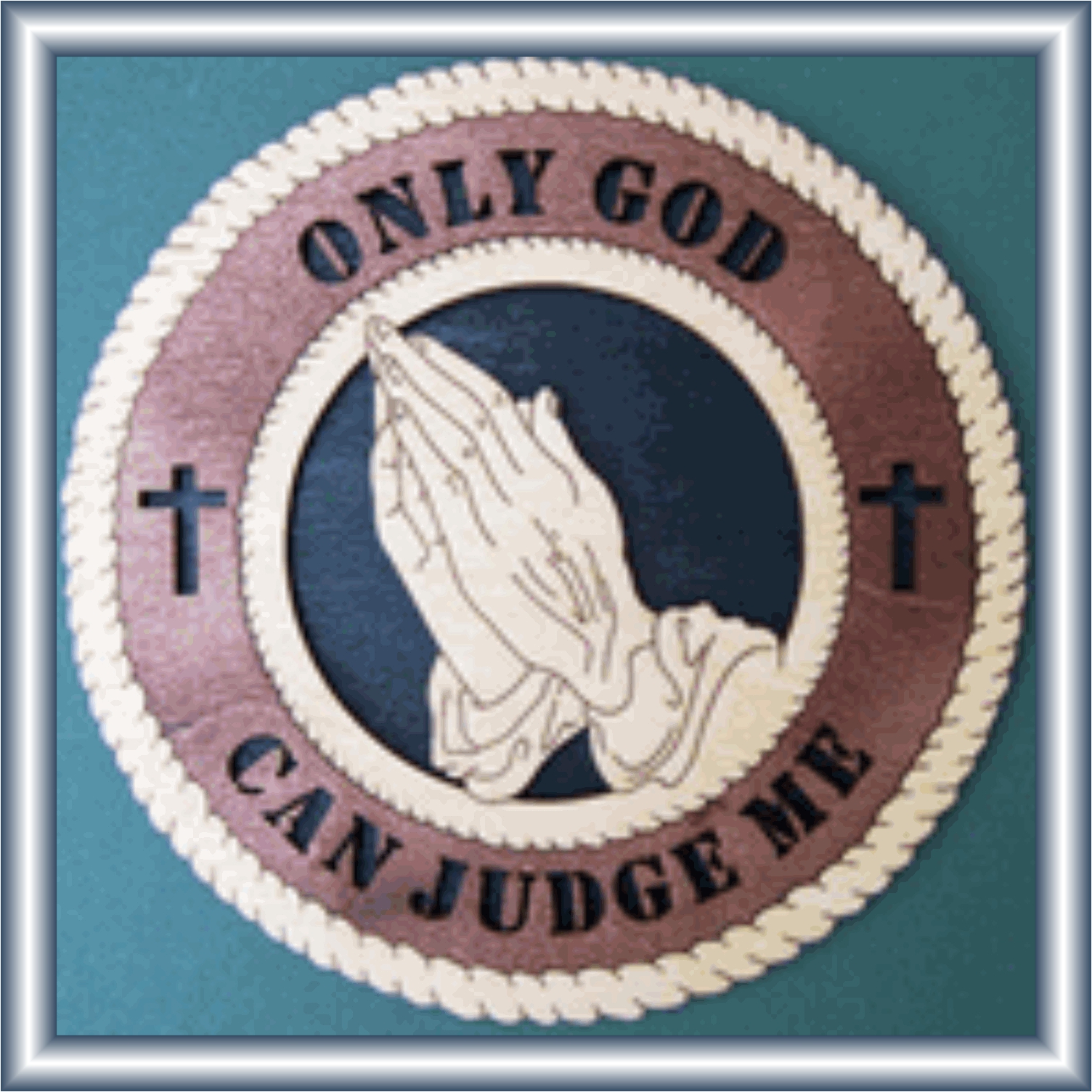 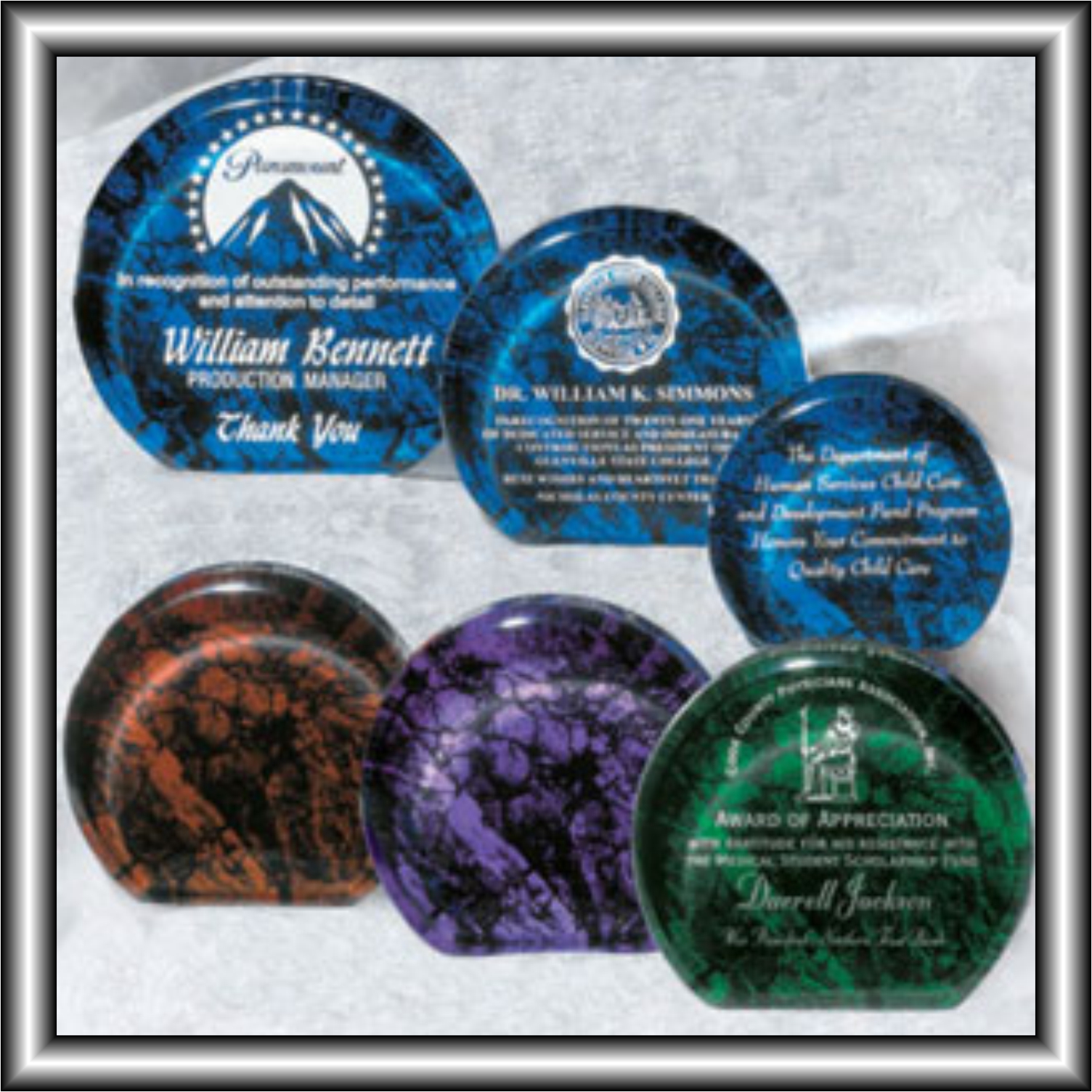 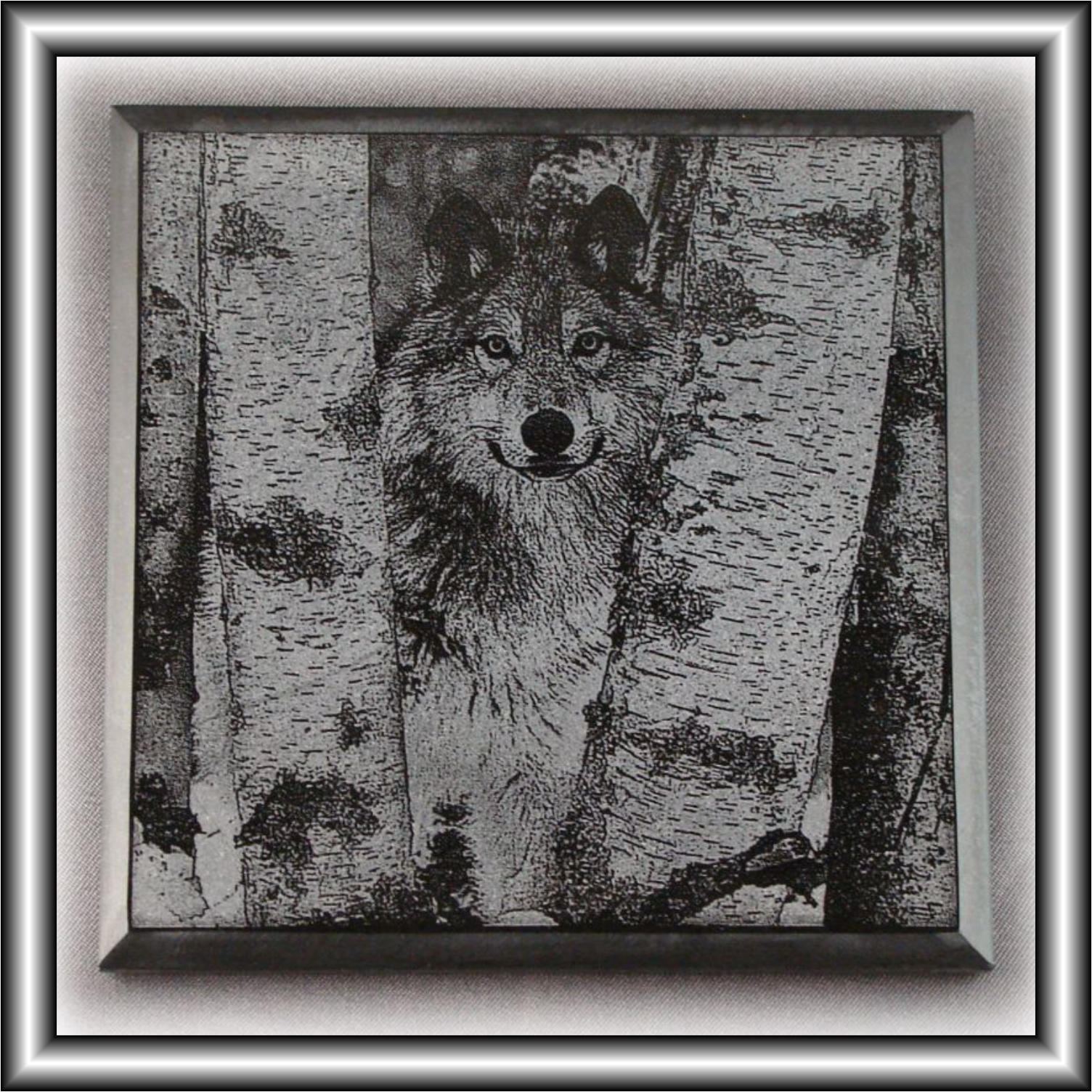 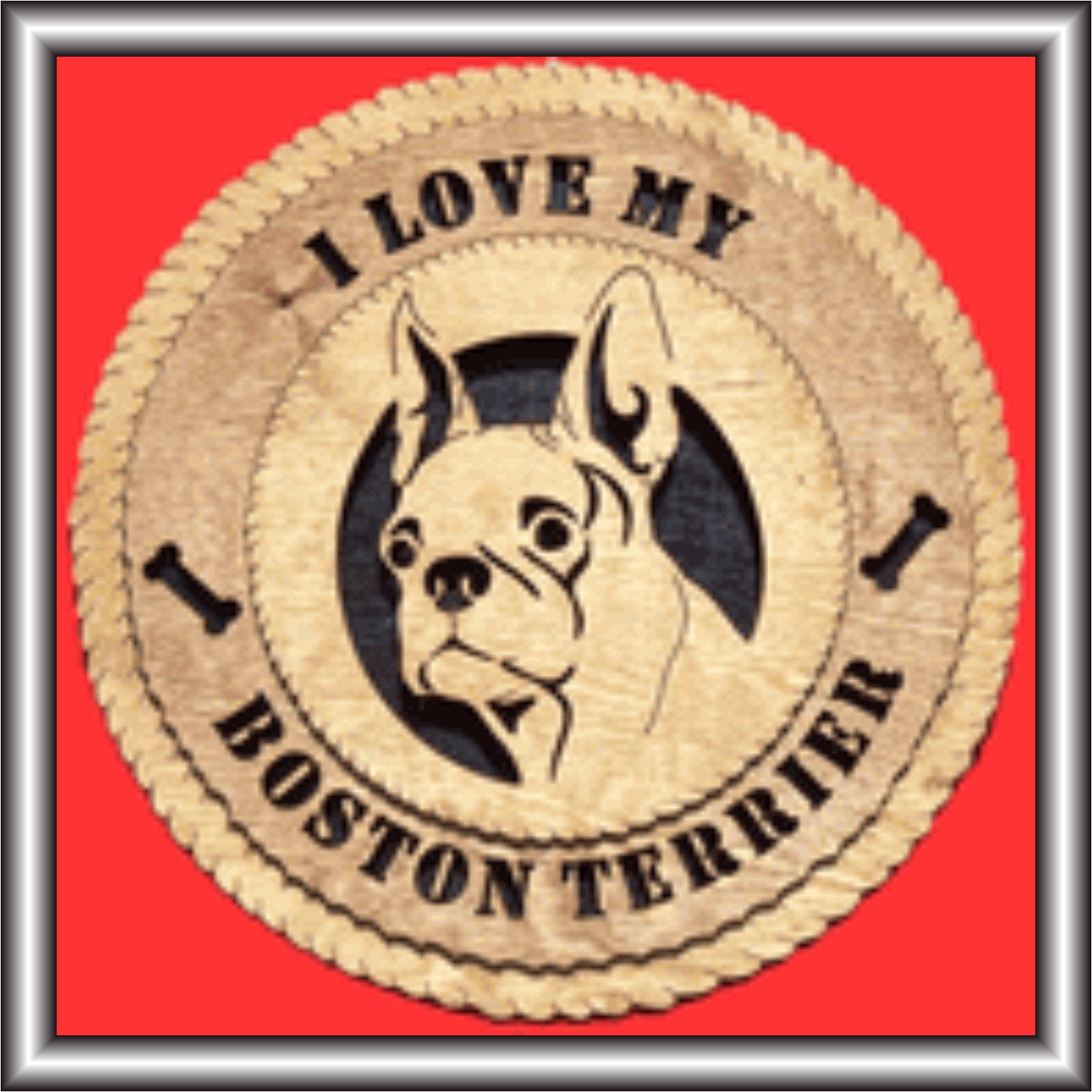 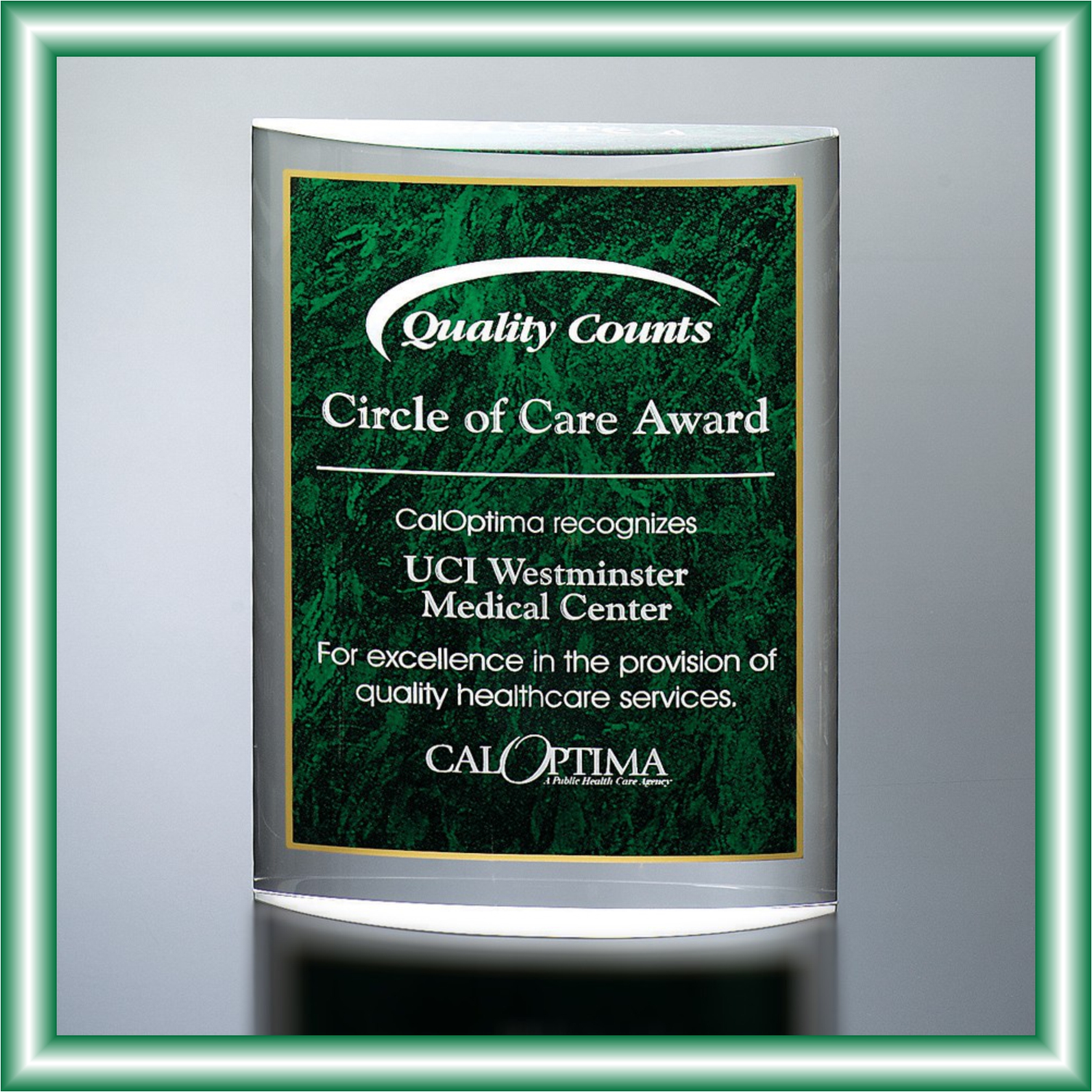 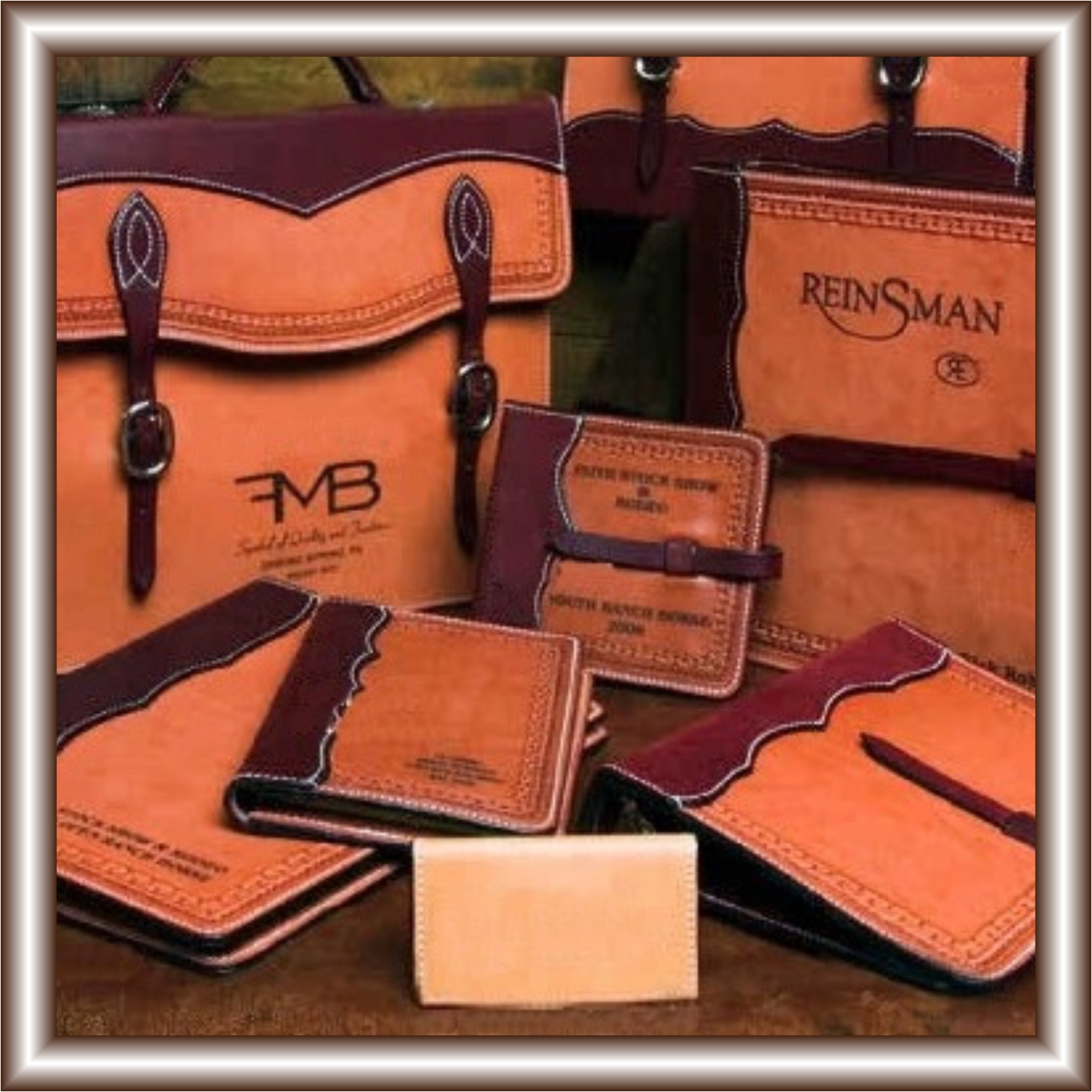 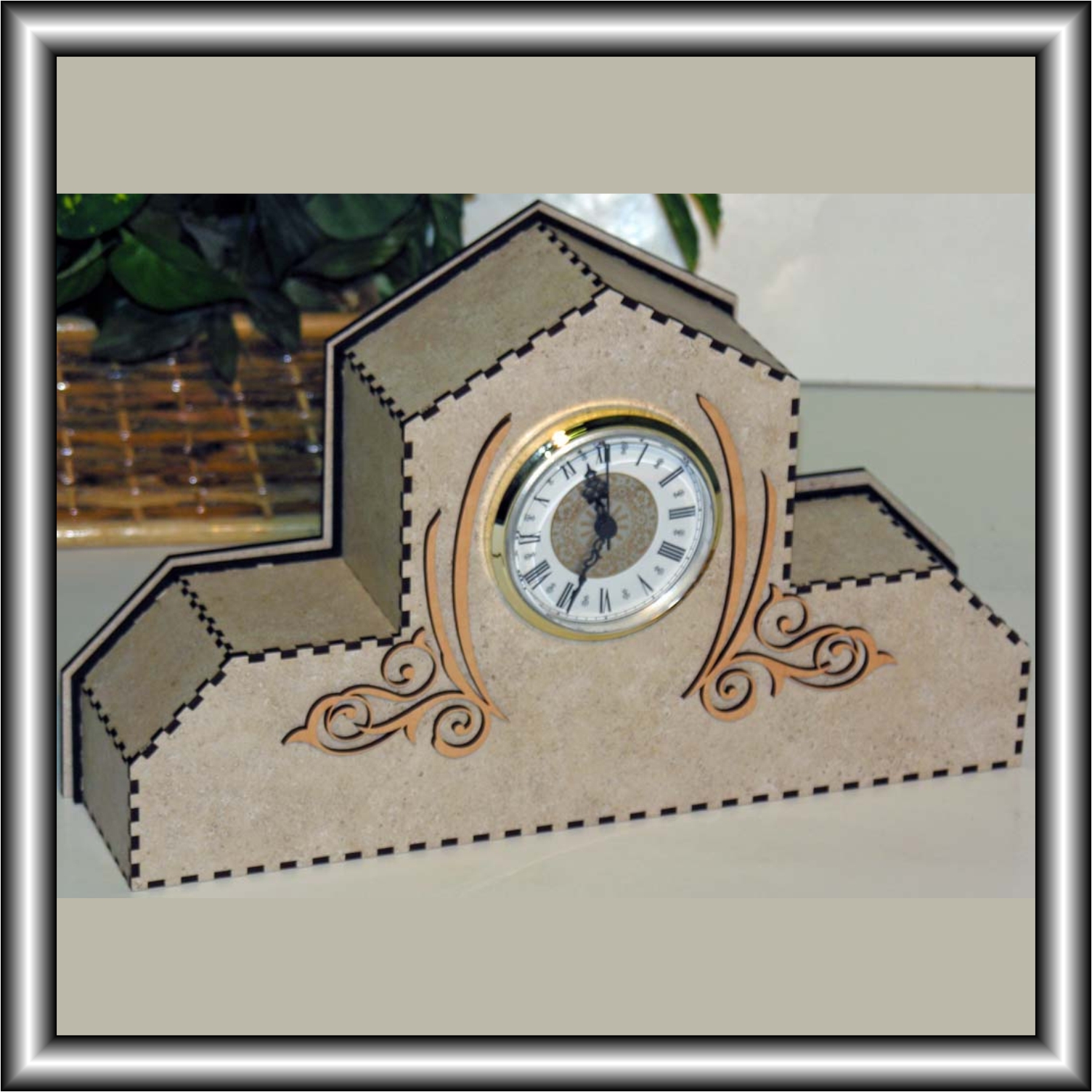 Below are pictures of some laser engraving/cutting machines...
Click on any image to enlarge. 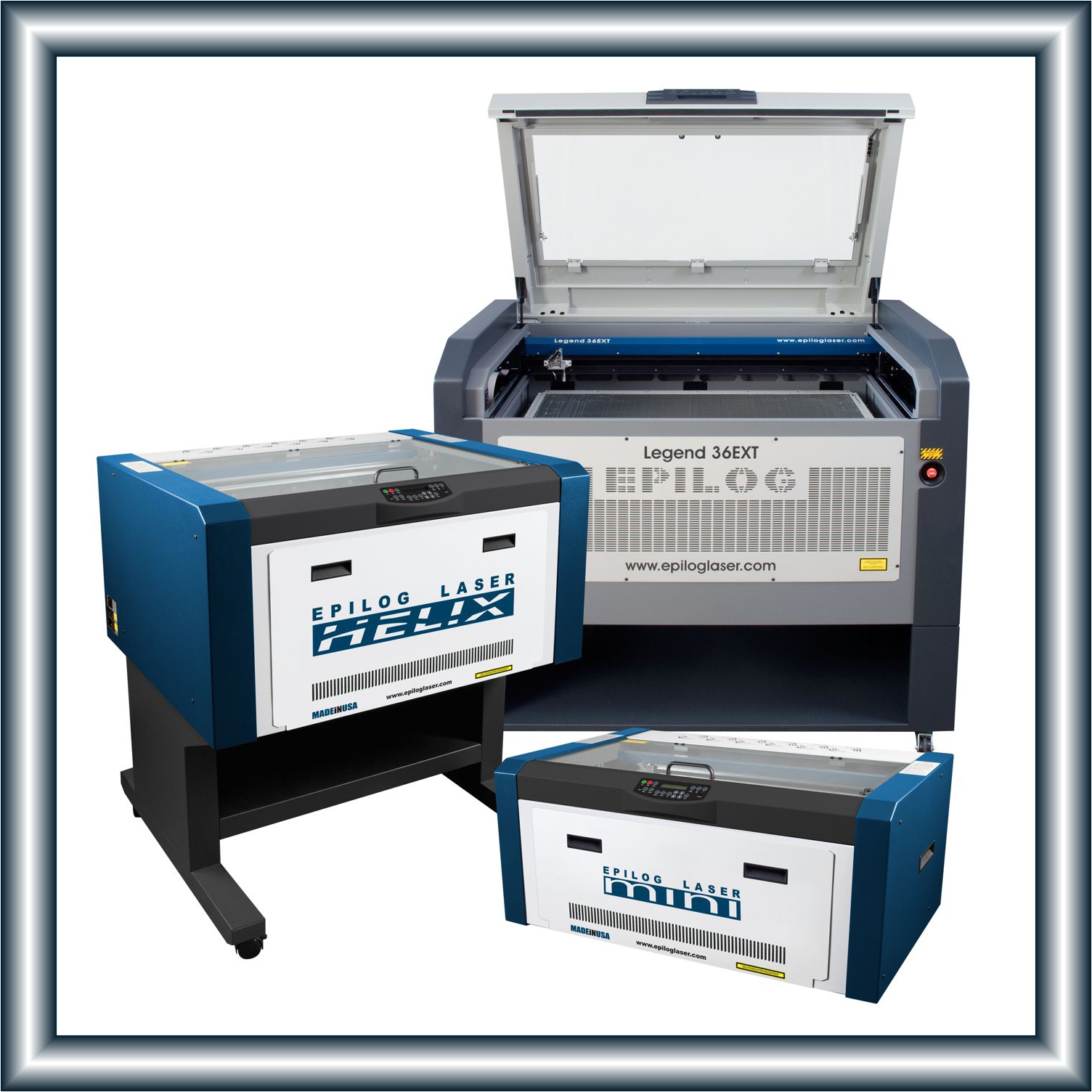 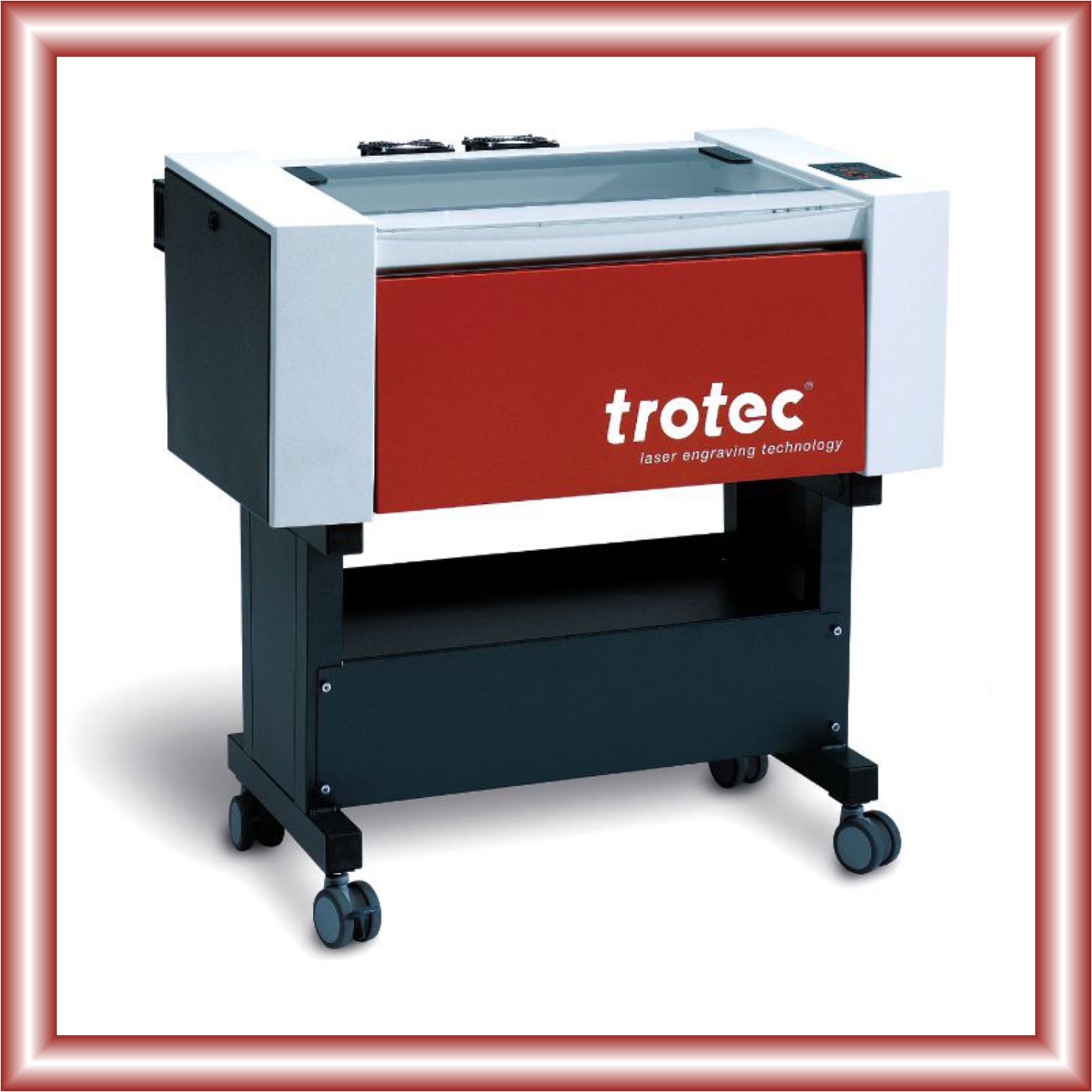 Below are some of the companies that can help you with equipment and supplies.
(Click on any Company's Logo for more information on what they offer...)
(Click on the "Visit" button to go to their website.)